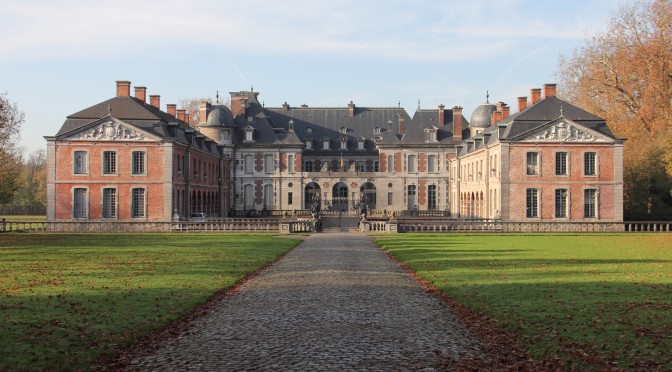 CULTURAL CENTER OF UKRAINE IN BELGIUM INVITE YOU TO EXCITING EXCURSION TO CHARMING CASTLE OF BELOEIL!

The Castle of Beloeil stands behind its moats and gardens in Hainaut for the last eight centuries.

This vast stately home of the Princes de Ligne began life as a medieval fortress; over the course of centuries it has been transformed into a country home. Antoine de Ligne began laying out the grounds that surround the castle as early as 1515. One hundred and fifty years later, two wings were build in the front courtyard and were not affected by the fire which devastated the castle in 1900 and was rebuilt in 1906.

In the introduction to his family history (1950), Prince Albert de Ligne writes : “Our family always had strong ties with the Hainaut and served the Lords who ruled this province. Although our ancestors fought under the standards of the Counts of Hainaut, the Kings of France, the Dukes of Burgundy, the Emperors of Austria, the Kings of Spain and the Kings of the Belgians, Hainaut remained their home. The Princes came from Ligne and were and always will be the Princes de LIGNE” The family originates from the village of Ligne, which is located 8 kilometers to the north-east of Beloeil. The family home, of which few traces remain, was situated on the banks of the Dendre. The oldest available records, dating from the Eleventh Century and written in Latin, mention the LINIA or LIGNIA family and describe its members as “variant knights”, “men of honour” and “persons of faith and repute”.

It is not possible to put an exact date on the manors built at Beloeil and Ligne. Perhaps this secret will one day be revealed by one of the 25,000 archive records currently being classified. Nowadays, the property is open The Ligne family inherited Beloeil, from the Condé family; a record in the family archives, dated 6th April 1394 states that, in return for a payment of rent to Catherine, Lady of Condé and Beloeil, the latter declared “her nephew, Jean, Lord de Ligne and Grantbruecq to be successor to her mansion, town, lands, possessions and dependencies in Ballieui in Hainaut”. The Ligne family made its definitive move to Beloeil during the 15th Century. The present château was erected on the site of a series of other more Spartan dwellings. Over time, the estate evolved from a mansion to a fortress and then to a country house. The character of Beloeil changed : the foundations and towers that stood the test of time go back to those centuries when the lords of the château would take up arms to safeguard the peace and security of the country. 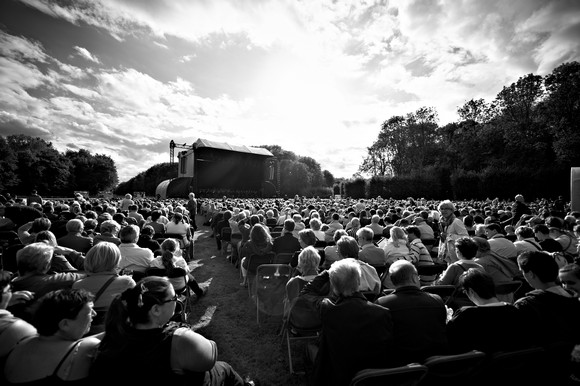 About 15 000 people stroll around the park to enjoy the performances of the artists on the numerous stages of this huge music festival.

For more information about the 25 years anniversary of this beautiful event, please visit : www.lesmusicalesdebeloeil.be

The excurtion will take place on 7th September 2013.

If you don’t have possibility to take our excursion, but still want to go to the festival, we can reserve tickets for you for lower price (25 euro).

When this happens, it's usually because the owner only shared it with a small group of people, changed who can see it or it's been deleted.
View on Facebook
· Share

When this happens, it's usually because the owner only shared it with a small group of people, changed who can see it or it's been deleted.
View on Facebook
· Share